Walhalla is hidden in a picturesque steep valley in Gippsland, Victoria, Australia. It was once a rich gold mining town with over 3,500 people calling it home.

Home / About Walhalla / History of Walhalla

Hidden away deep in a steep valley in Gippsland, Victoria, Australia, Walhalla was once a rich gold mining town with over 3,500 people calling it home. Now it is home to just 20 or so permanent residents.

Gold was first discovered in Walhalla by Ned Stringer in 1862, in a small creek running into the Thomson River. Ned quickly laid his claim and word spread of his find. With the lure of gold to be found the town quickly grew, becoming a thriving community. There were 10 hotels, 3 breweries, 7 churches and over 30 shops. Walhalla was even the first country town outside Melbourne to have electric street lighting, courtesy of the boilers which generated power to run the machinery in the gold mines.

The railway arrived in 1910, just a few short years before the closure of the mines in 1914. Ironically, instead of being used to bring new buildings to Walhalla and grow the town, the railway was used to remove many of the buildings after the mines closed. 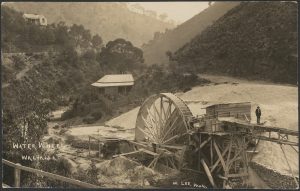 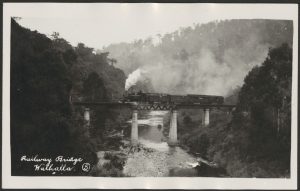 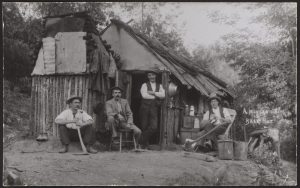 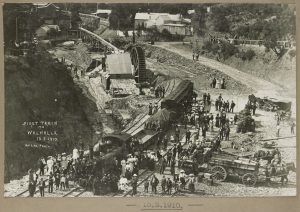 For many years Walhalla slept virtually abandoned in its deep valley.

Today many buildings have been meticulously recreated, including the Mechanics Institute, the old Post Office, Fire Station, and the Corner Store/Museum. Take a stroll up the main street past the original stone retaining wall and the fire station straddling Stringers creek, and explore spectacular views of the township from the tramline walking track, once used to transport ore carts.

Hear about the lives of Walhalla personalities like Catherine “Kitty” Cane, a sly grog tavern owner, and Doreen Hannan, the Postmistress who refused to leave her post staffing the town’s communications while a bushfire threatened Walhalla. 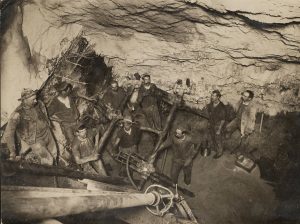 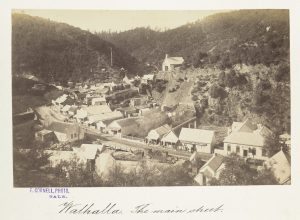 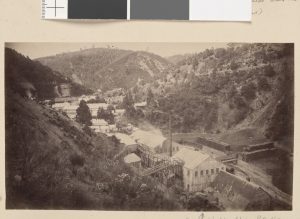